The fourth annual Taste of the Rams event attracted more than 400 Los Angeles community members and raised more than $150,000 to benefit the Los Angeles Regional Food Bank. To date, this annual event has raised roughly $650,000 – enough for the Food Bank provide enough food for more than 2.5 million meals.

Todd Gurley II shared his star power once again as the Honorary Chair of the event for the third consecutive year. “It’s a good feeling, putting smiles on other peoples’ faces and just doing it out of the kindness of your heart,” said Gurley, whose mother was also in attendance. “That was the way I was raised and that’s the way I feel it should be.”

Thank you to all of the members of the Rams organization, chefs, sponsors, Andrew Siciliano and all of the guests who helped us take a stand against hunger!

Christopher Feldmeier began cooking as a child when he simply asked his mother to make breakfast. She replied by saying, “I will buy you anything you want to cook, but you are going to make it yourself.”

Raphael Francois brings more than 20 years of culinary experience, both in the United States and abroad, to Tesse.

Jackson Kalb is the chef and owner of Jame Enoteca, located in El Segundo, California.

Tucked along the border of Thai Town and East Hollywood, in a nondescript strip mall, Luv2Eat offers a menu of regional favorites from their hometown…

Chef Steve Samson might not have realized he was fated for a life spent in kitchens, but his family and upbringing all led to that inevitable result.

Adam Sobel is the Chef and Partner at The MINA Test Kitchen in San Francisco, which opened in July 2015. The first-ever test kitchen for MINA Group, the space serves as the R&D laboratory where the menu evolves to showcase a variety of cuisines and techniques through a series of pop-up dinners.

Born and raised in Kyoto, Japan, Executive Sushi Chef Yoya Takahashi moved to Los Angeles with dreams of becoming an actor like his grandfather before him in Japan.

Chef Kristen Thibeault is considered one of the pioneers of the modern plant-based food movement.

A graduate of Le Cordon Bleu in Pasadena, Benjamin had the privilege to apprentice under Chef Kyle Connaughton – Former Head Chef of the Fat Duck in London. 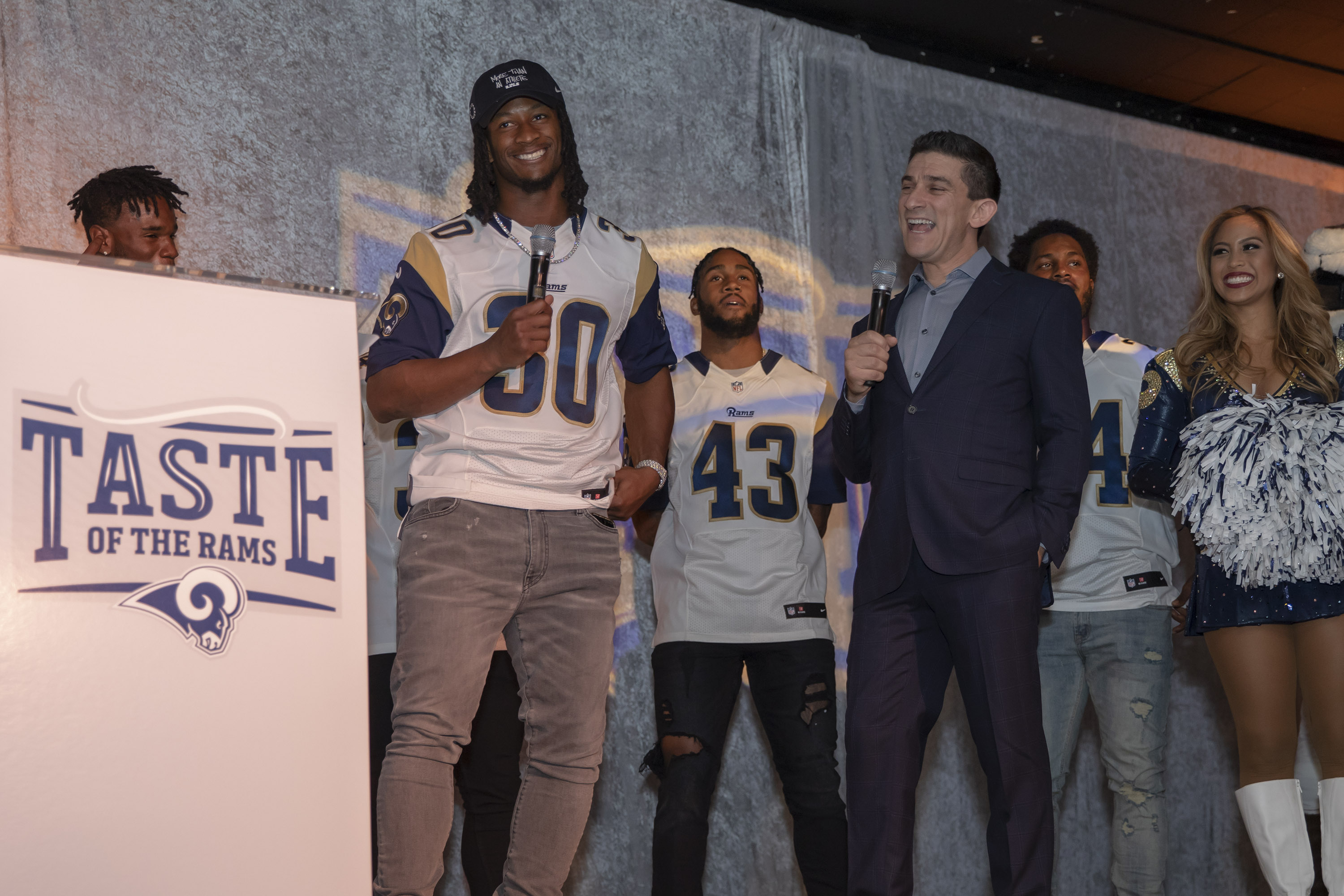 The fourth annual Taste of the Rams event presented by Don Lee Farms will be held on Monday, November 18. This event, with the help of our community, and supporters like Todd Gurley II, raised more than $170,000 for the Los Angeles Regional Food Bank in 2018. This year’s event will again feature Los Angeles’ top chefs including Steve Samson of Rossoblu, and provide an opportunity to mingle with your favorite people from the LA Rams including players, cheerleaders and Rampage!