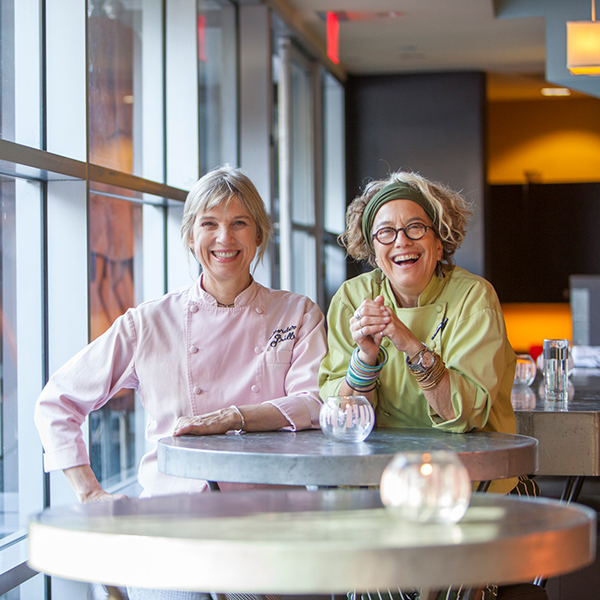 Mary Sue Milliken and Susan Feniger are award-winning chefs, cookbook authors, television personalities, entrepreneurs and pioneers of world cuisine. They teamed up more than 35 years ago to open City Café and CITY Restaurant in Los Angeles. Widely recognized as ambassadors of modern Mexican cuisine, the duo are co-chefs and co-owners of Border Grill restaurants in Los Angeles and Las Vegas. BBQ Mexicana is the latest addition to Susan and Mary Sue’s restaurant empire, and later this year they’ll return to Santa Monica with Socalo, a new all-day California canteen and Mexican pub.

Together they received the Julia Child Award and Los Angeles Times’ annual Gold Award. Between them they have co-authored six cookbooks and together starred in nearly 400 episodes of the Food Network’s Too Hot Tamales television series. Both competed in different seasons of Bravo’s Top Chef Masters, each winning money for their selected charities. They joined a handful of progressive colleagues to found two important organizations: Women Chefs & Restaurateurs, an organization promoting women’s education and advancement in the restaurant industry and Chefs Collaborative whose mission is to inspire, educate, and celebrate chefs and food professionals building a better food system. Mary Sue has served as a fundraiser, board member and advocate of Share Our Strength and also serves on the Board of Trustees for the James Beard Foundation. Susan serves on the board of the Scleroderma Research Foundation, the L.A. LGBT Center, and the L.A. Tourism & Convention Board. Additionally, they are both passionate about the environment and lead the culinary industry with eco-friendly policies in their restaurants, food trucks, and catering branches.