How the Los Angeles Regional Food Bank protects the environment

Rescuing food and reducing waste across Los Angeles County isn’t just beneficial for feeding the hungry, it is critical to protecting the environment. That’s why when food can’t be given to those in need, the Los Angeles Regional Food Bank doesn’t immediately toss it into the trash — it works with local waste agencies to convert it into renewable green energy.

“Wasted food is wasted energy,” said Kimberly Ohrt, public affairs manager for Waste Management. “After getting food to those who need it, the Food Bank works with us to divert food waste from the waste stream to create green renewable energy.”

Food that is simply thrown away wastes all the energy that went into growing or producing it, Ohrt explained. This includes limited resources like fossil fuels used in tractors and trucks, and large amounts of water — a particular concern in drought-ridden California. For example, tossing out one egg wastes 55 gallons of water, while a brown and mushy banana wastes 210 gallons. Cuts of red meat have the highest waste value: 1,850 gallons of water for one pound of hamburger. 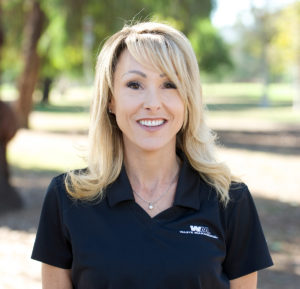 To keep our environment healthy and green, Kimberly Ohrt at Waste Management knows that handling food waste correctly is critical to prevent more damage from being done.

In addition to wasting resources, uneaten food also actively harms the environment when sent to the landfill. When food breaks down, it releases methane — a gas 86 times more powerful than carbon dioxide and a significant cause behind global climate change. The Environmental Protection Agency estimates that 20 percent of what goes into landfills is food waste.

“It’s what we call unintended consequences,” said Ohrt. “Let’s say you have a pizza box that you want to put in the recycling bin — which is a good thing — but there’s a full slice of pizza still in the box. That contaminates all the good recyclables.”

If recyclables contain too much contamination, like food waste, then manufacturers will not buy them — causing entire loads of otherwise recyclable materials to be sent to the landfill instead of being used again.

However, turning food waste into energy has nothing but positive returns for the environment.

“If we all make the effort to separate food waste at the source, we can put it to beneficial use instead,” she said.

Questioning if a food item is still safe to eat? Visit LAFoodBank.org/shelflifeguide for more information. 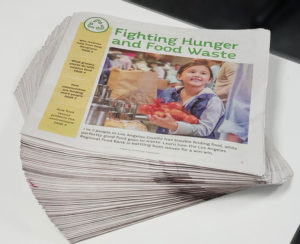 Many people in Los Angeles County have trouble finding food, while perfectly good food goes to waste. Learn how the Los Angeles Regional Food Bank is battling both issues for a win-win.