Given Hope and Nutritious Food

Given Hope and Nutritious Food

Putting Food on the Table for Those Who Need It Most

For most of her life, Melinda Glaum lived comfortably as a wife and mother of three — volunteering at her children’s schools and donating to needy families in her community.

She never imagined being on the receiving end of such charitable efforts. 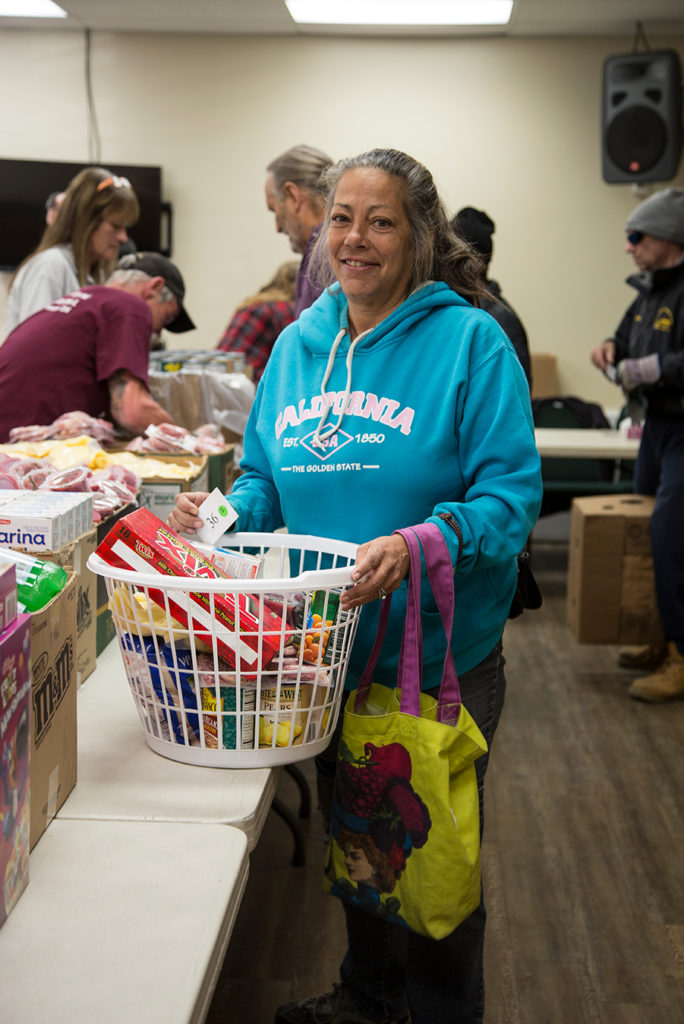 Several years ago, her financial situation went from comfortable to dire when her marriage of more than three decades ended. In her 50s with little work experience, Glaum has had difficulties finding steady employment. She survives on alimony payments but because she doesn’t qualify for public assistance, she still has trouble making ends meet.

“By the time I got done paying bills and rent, I had no money for food,” she said. “For instance, right now, I have eight dollars and it still has to last me the rest of the month.”

Glaum found help at Hope Chapel, an organization that partners with the Los Angeles Regional Food Bank to feed those in need. Off and on for the past four years, she’s been able to stock her pantry with a variety of healthy foods when she needs them: produce, meat, dairy and more. She calls it a “blessing.”

If not for Hope Chapel and the Food Bank, Glaum said her finances would have limited her food options. As Glaum suffers from high blood pressure, it’s critical she eats healthy foods. The only foods she could afford on her own would be those with little nutritional value and high sodium content, which could severely impact her health.

“I would have probably bought a bunch of Cup Noodles or Top Ramen,” she said.

While the help Glaum received has been lifesaving, she makes a point of seeking assistance as sparingly as possible to make sure there’s enough food for others who may need it. The support she found through Hope Chapel has impacted her so much, she now encourages others who need help to reach out.

“A mother in my apartment complex told me about Hope Chapel’s work with the Food Bank because she had to go there too, and she asked for a ride,” Glaum said, emphasizing that it’s okay to ask for help.

HELP SOMEONE IN NEED

If you need food assistance, visit LAFoodBank.org/findfood or dial 211.

One third of California’s food is wasted and becomes a significant source of greenhouse gas emissions when it could go to a better use. The Los Angeles Regional Food Bank helps divert perfectly good food from going to the landfill by redistributing it to those in need:

The Food Bank collects all edible food items that are not used by regional food sources and uses them to feed families in need. The Food Bank adheres to AIB food standards — products have to be safe to eat. The Food Bank is able to provide for 300,000 people each month through collection and distribution. Los Angeles County residents can boost this number with monetary donations. Because most of the food that is distributed by the Food Bank is donated by retailers, farmers and stores, each donated dollar stretches even further. In fact, each dollar donated provides up to four meals in food.

After edible food is identified, the Food Bank collects food items which cannot be eaten and does everything possible to rescue these still useful items from landfills. This food waste is either taken to a Los Angeles County facility to become animal feed, compost to grow new produce, or converted into biodiesel fuel — a renewable energy source — which is then sold to the Los Angeles Sanitation District to power local homes and businesses.

Just $23 per month can provide one person food for a year. 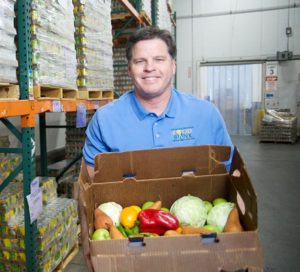 1 in 5 people in Los Angeles County has trouble finding food, while perfectly good food goes to waste. Learn how the Los Angeles Regional Food Bank is battling both issues for a win-win.