At eight years old, Quinn Calvert has donated proceeds from his hand tie-dye t-shirt business “VIBES by Q” to the LA Regional Food Bank to help provide 3,660 meals for families in need. He committed to donating a portion of his sales to the Food Bank from his very first sale. After the first month or so of sales, Quinn donated the equivalent of 636 meals, then set his goal to donate 1,000 meals. He has surpassed that goal and is now working toward contributing 10,000 meals.

Last holiday season, he received a tie-dye kit for Christmas and realized that he really enjoyed creating tie-dye shirts and sweatshirts. Quinn’s older sisters had businesses when they were also around his age, and the only requirement that their parents had was that they have to donate a portion of their proceeds to charity. Quinn is following in his older sisters’ footsteps. Their parents hope that this teaches them that hard work goes behind any business and money is earned, and it’s a lot of work to earn money, but it is also essential to share it with others.

Quinn was reading online and saw food banks across America. He saw the LA Regional Food Bank was the closest to his family, and he knew he could donate. 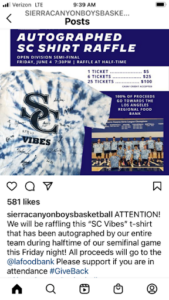 t the first home game this past spring. The “raffle supporting the LA Regional Food Bank” was announced 8-10 times during time outs providing great support during the game.

“When Quinn first started this project, he set a goal of donating 1,000 meals, and it seemed like such a lofty goal at the time,” shares his mother. “He just started his business but with the help of Sierra Canyon School Boys’ Basketball team and raffling one of the autographed Sierra Canyon vibes t-shirts, he was not only able to meet his goal of donating 1,000 meals, but he surpassed it.” 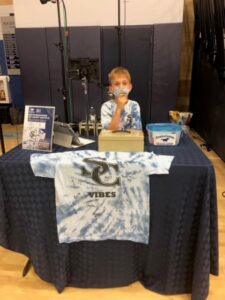 Quinn, Coach Andre and the Sierra Canyon Trailblazers raised enough for over 2,000 meals. All of the raffle proceeds went to the Food Bank.

The raffle’s success gave Quinn incentive and motivation to set a new goal of donating 10,000 meals. He has been working hard and continues to sell his Sierra Canyon vibes t-shirts and other VIBES by Q t-shirts, where proceeds for every sale go to the Food Bank.

His mother continues, “We’re very excited about the continuation of his business and partnering up with the LA Regional Food Bank to help even more people, and we know how important it is, especially with the virus and people in need of food security.”

“It feels really good to have a nice meal,” said Quinn. The LA Regional #FoodBank is proud of your initiative and continued commitment to helping the Food Bank and our partner agencies provide meals for food-insecure families in our community. Together, #WeFeedLA.

It doesn’t take a lot of time or effort but it takes the initiative to take the first step. Quinn is an excellent example of a young individual who’s taken that first step and impacted many lives. We’re hopeful that his story can inspire others to help and also fundraise for our community members in great need. “Once you take the first step, it feels good to help our community and we’re hopeful that others will join us,” Quinn’s mother said. 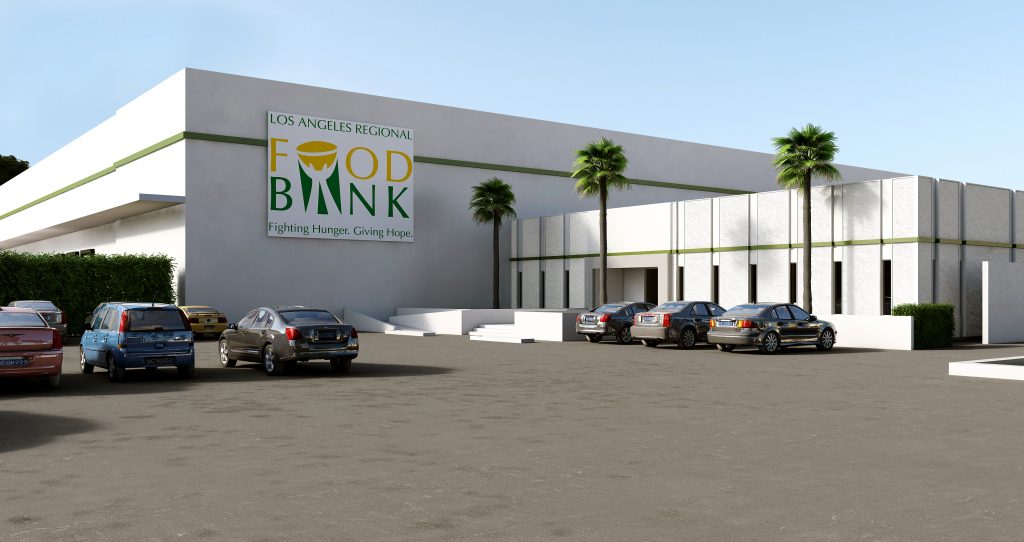 Building Hope Campaign Update: Meeting the Goal and the Need 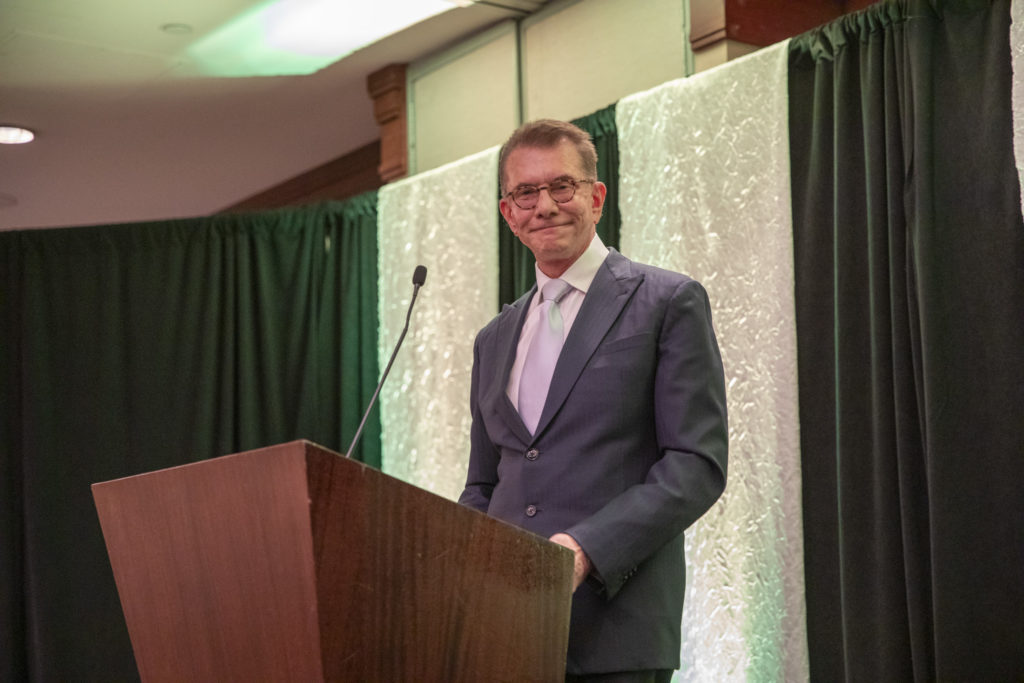 Jim Yukevich, and his law firm, Yukevich Cavanaugh, have made a financial contribution of the equivalent of 1.1 million meals. Learn more here. 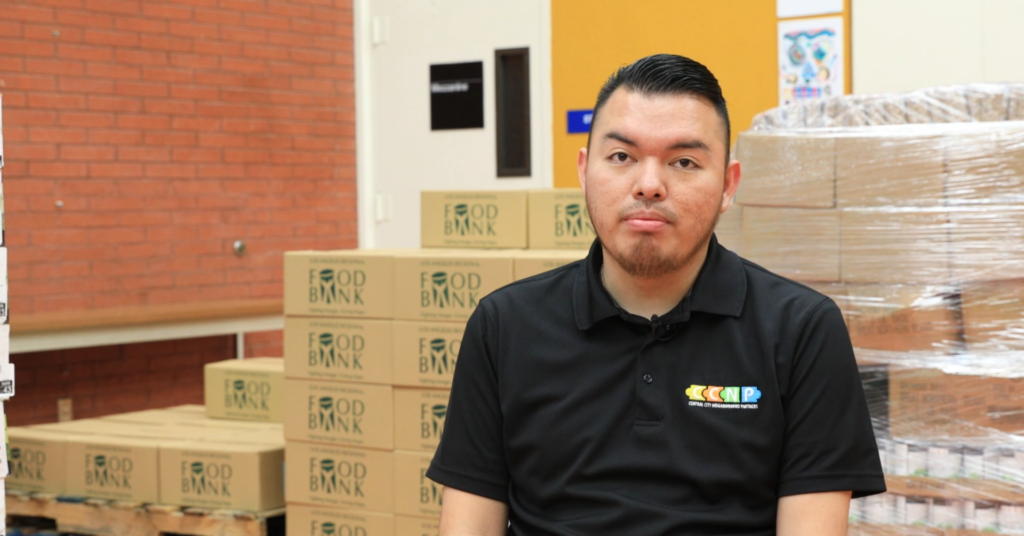 CCNP proudly serves the Westlake and Pico-Union neighborhoods, communities that have been greatly affected by the pandemic and inflation. Learn more here. 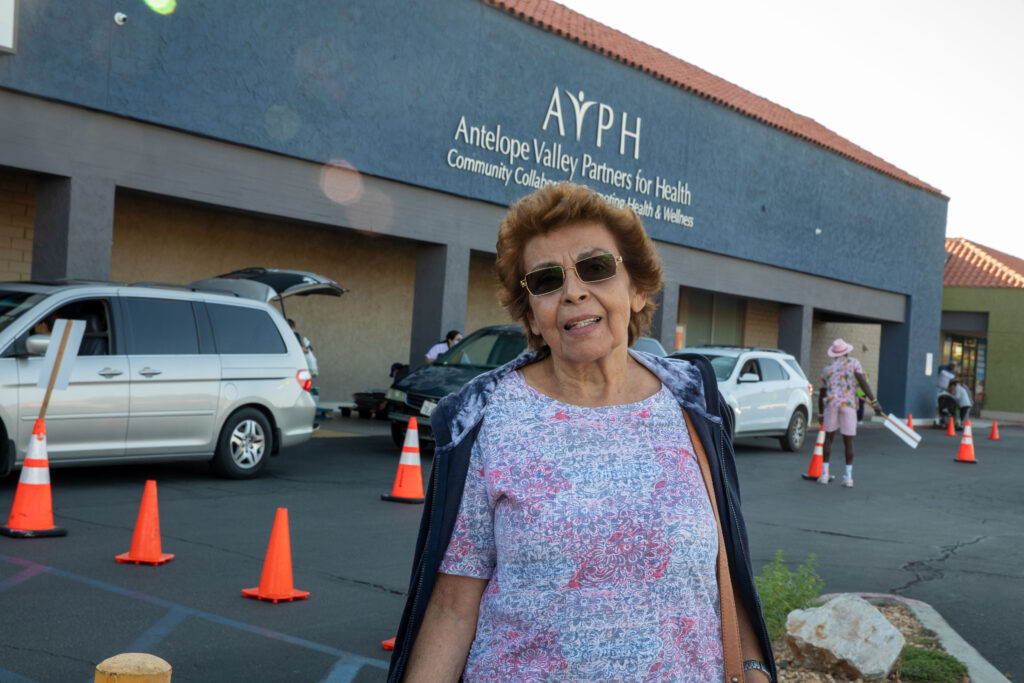 Antelope Valley Partners for Health, Serving Its Community Despite the Challenges

AVPH works with several organizations to have a greater reach in the Antelope Valley. Learn more here.