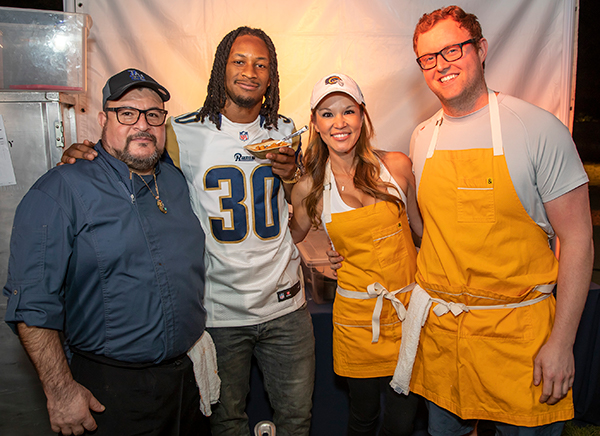 The fourth annual Taste of the Rams event attracted more than 400 Los Angeles community members and raised more than $150,000 to benefit the Los Angeles Regional Food Bank. To date, this annual event has raised roughly $650,000 – enough for the Food Bank provide food for more than 2.5 million meals.

Todd Gurley II shared his star power once again as the Honorary Chair of the event for the third consecutive year. “It’s a good feeling, putting smiles on other peoples’ faces and just doing it out of the kindness of your heart,” said Gurley, whose mother was also in attendance. “That was the way I was raised and that’s the way I feel it should be.” 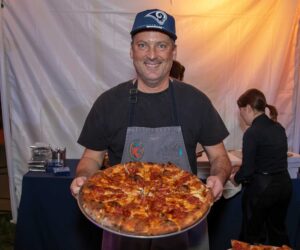 Steve Samson of Rossoblu and Superfine Pizza has supported the event since its inception and served as the night’s chef spokesperson. “Like many of the other chefs who made this night possible, I have a passion for feeding people,” Chef Samson said. “As a father, it hurts to know that there are so many families with children in our community who don’t know how they are going to feed themselves. I am proud to support Taste of the Rams and the work of the Los Angeles Regional Food Bank because I know it makes a difference for people in need.”

One of the Best Charities in Los Angeles 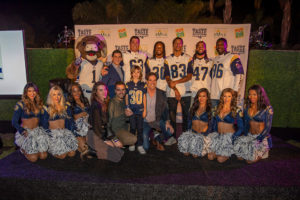 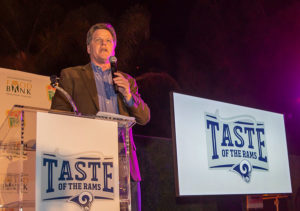 “The fourth annual Taste of the Rams event was a tremendous success,” said Michael Flood, President and CEO of the Los Angeles Regional Food Bank. “We are grateful for Don Lee Farms and our other sponsors, as well as the support of Todd Gurley II and the Los Angeles Rams. We are also grateful to the amazing Chefs who participated, and to the wonderful people who attended the event.”

Andrew Siciliano, the host of NFL RedZone on the NFL Network (Master of Ceremonies). 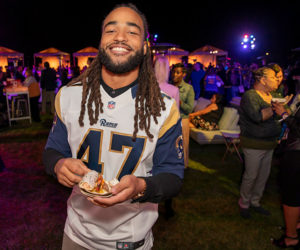 Thanks to financial and food donors, volunteers and community events like the Taste of the Rams, the Los Angeles Regional Food Bank is able to feed 300,000 people on a monthly basis. However, more work needs to be done to alleviate hunger for the 1 in 5 people in LA County who face food insecurity. It is estimated that 2 million people in our community may not know where their next meal is coming from. To help us close the hunger gap, please visit LAFoodBank.org/donate.