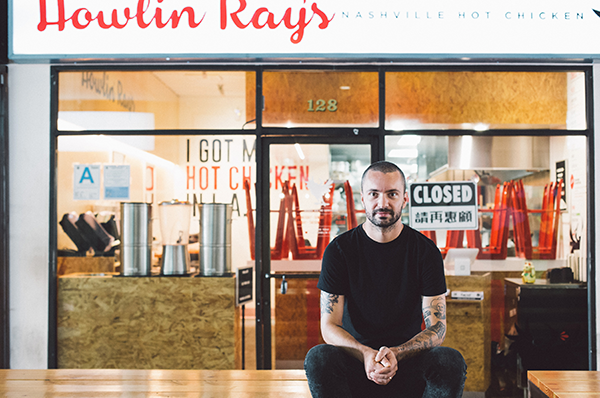 A California native, Johnny Ray Zone began his culinary career as an apprentice, working as a garde manger at Figaro Bistrot in Los Feliz. Following, he helped debut Hans Rockenwagner’s 3 Square Cafe + Bakery in Venice, then became part of the opening team at Gordon Ramsay at The London. During his tenure there, Zone cooked under Haru Kishi (Chaya Brasserie) and Andy Cook, while the restaurant received one Michelin star. Simultaneously, he also worked at Nobu West Hollywood, where he sharpened his skills in fish butchery. In 2009, Zone joined Thomas Keller’s team at Bouchon Beverly Hills, where he was able to learn the intricacies of bistro cooking. Armed with this knowledge, Zone took over the kitchens at La Poubelle several months ago, and has already achieved some success in turning the restaurant around; his coq au vin was even featured on Food Network’s The Best Thing I Ever Ate (as chosen by Curtis Stone).