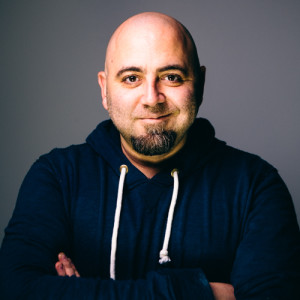 Duff has been cooking since the age of four, when his mom caught him in the kitchen swinging around a meat cleaver while watching Chef Tell on TV. It was no surprise when this young enthusiasm lead to a life devoted to culinary pursuits. After graduating from university he worked at several acclaimed culinary destinations including the French Laundry, the Vail Cascade Hotel and Todd English’s Olives before returning to Baltimore in 2000 to become a personal chef.

Duff then opened his own business called Charm City Cakes. What began as a small operation out of his own home with two assistants grew to include many employees, including many whose culinary backgrounds weren’t as pastry chefs. He hired experienced painters, architects, and sculptors as Charm City Cakes grew its reputation for the most imaginative, unusual creations.

Their creative use of tools like blow torches, grinders and drills never fail to fascinate the devoted audience of his hit show Ace of Cakes which aired for 10 seasons. Following Ace of Cakes, Duff has gone on to host and appear on a variety of shows for Food Network, including The Baking Challenge Series, Guilty Pleasures, Cutthroat Kitchen, Sugar High, Donut Showdown, Rachel vs. Guy: Kids, and the Emmy-winning Best Thing I Ever Ate.