Despite the recovering economy, one out of every eight people in Los Angeles County experiences food insecurity. The Los Angeles Regional Food Bank serves more than 300,000 people in LA County every month.

Last year, with the support of sponsors, donors, and ABC7 viewers, the Feed SoCal campaign received more than 6.5 million pounds of food in donations, resulting in more than 5.5 million meals for those in need. Our goal this year is to match or beat last year’s numbers.

Throughout the campaign, you can support Feed SoCal in the following ways: 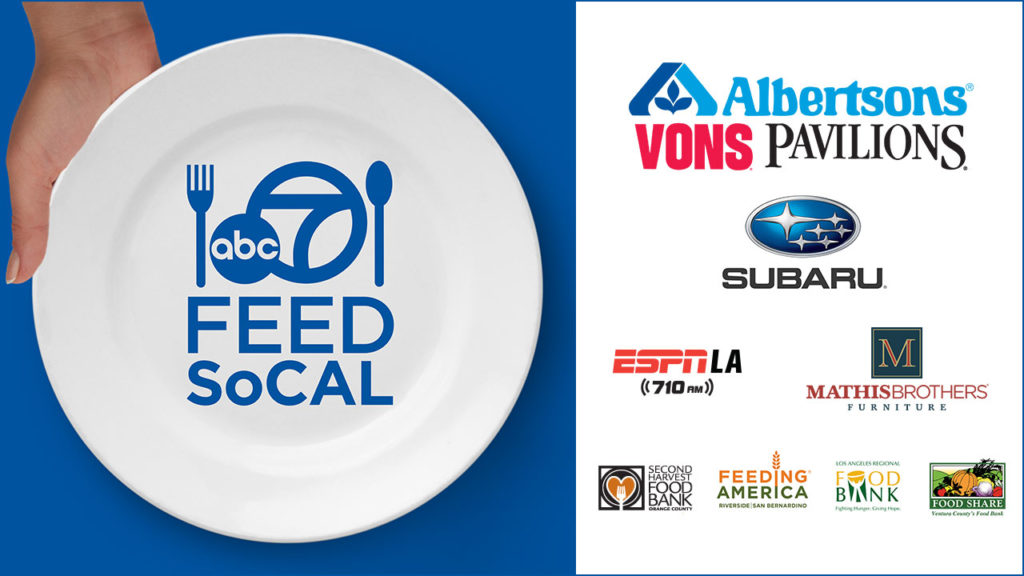